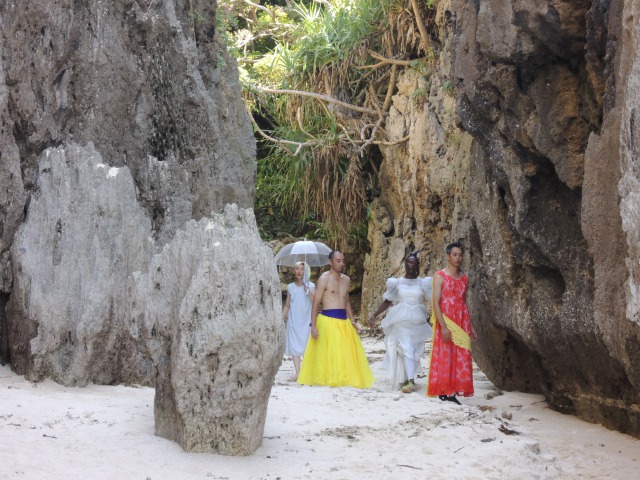 Shinbow, a Bise local sanshin player, organized a summer festival called “Wind of Africa, Wind of Ryukyu, Bisezaki Night”. It was hold at the garden in front of Pension Bisezaki where we stayed first night when we arrived to Bise. Pension Bisezaki has 40 years of history, so that it is well known to not only locals but also a lot of tourists. 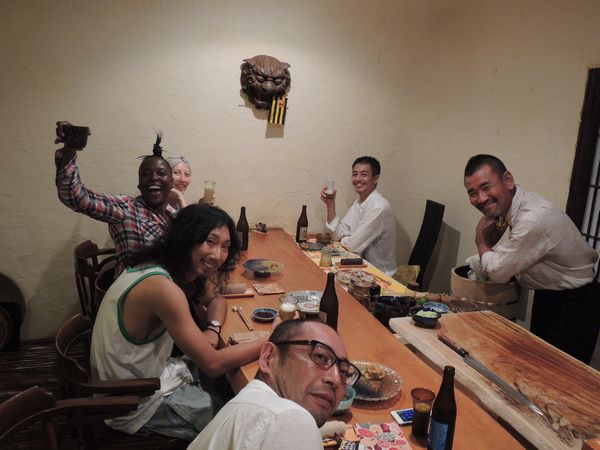 Shinbow said that “The citizen of Bise can be debited into two groups, one as locals who were born and grew up at Bise. The other as people who immigrated to Bise. There is a feud among them. I wanted to organize an event to connect those two groups. So I invited performers from both groups who agree with my idea. There is no genre restriction. I accepted any kind performance. ” As Shinbow said, many different kinds of performers were presented at the event such as African drum band, Karate, guitar, Okinawan traditional dance and so on.

The day before the performance, Nora and performers went to the sacred grove call “Warumi” to shoot a video. Warumi was the very special and beautiful place. Rocky cliff were making sand road to beach. Shinbow spend his childhood at there. However, the sand at Warumi is made of coral. These days, a lot of coral has been dead because of the environment has polluted. The level of sand is rising every year that in not to far future, the view of warumi will be gone. So Mizuno thought, we need to record it to archive. From this video shooting, Mayumi Tanaka, voice from Kyoto, and Shinbow joined the team. Finally all the member of performance could gather. 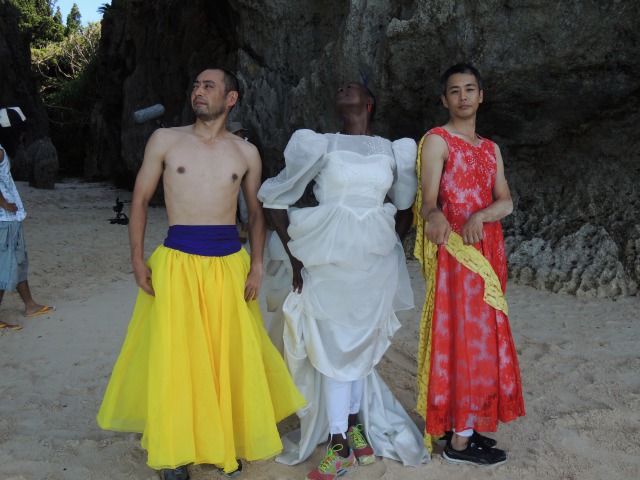 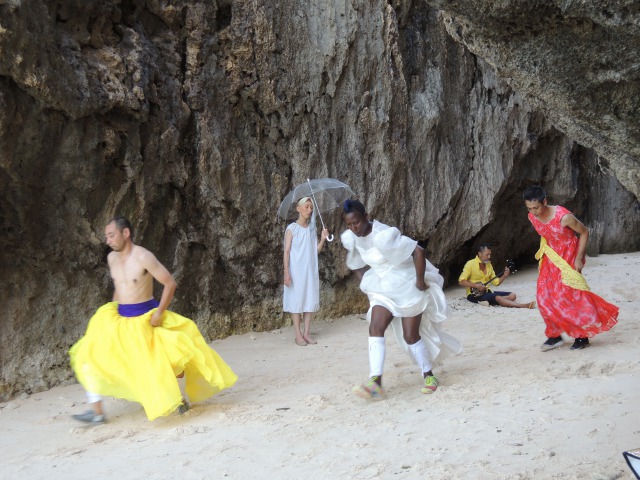 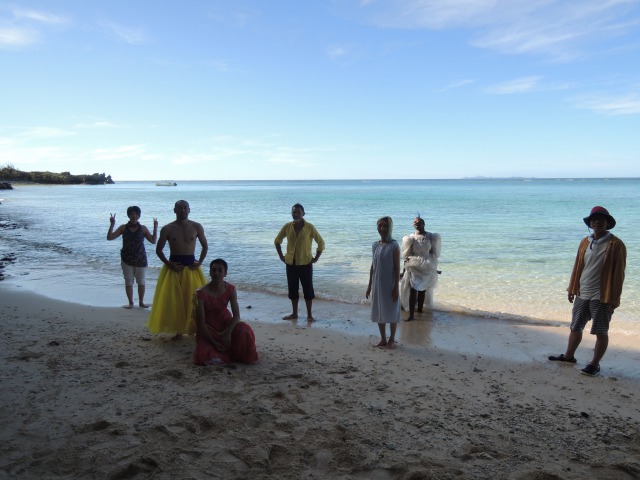 At the day of the event, Team Nora’s performance was at very ending of the event. I assume there were over 100 audience. The age range was widely spread, small baby to elder people. However, for most of them, it must be the first time seeing contemporary dance.

During the event, there were some elder people who kept talking and some kids running around the stage. However, when a performance of “a prayer” started, everyone stop talking and focused the performance. It was very special feeling that noisy summer festival became silent and Nora and other performers were dancing in middle of it. At the beginning, they almost looked like people from outer world, but gradually they started to match to the space and site. It was first time all the performing cast were gathered. Nora, Kentaro, Masaru, and Mami have been practicing for a while, but Shinbow could not join the practice by schedule matter. He was also busy preparing for the event, so they didn’t have enough time to practice together. Even though, I personally felt that performance went really good.

They introduced brand new world to audience that something they never seen before and for sure gave huge influence to their life. 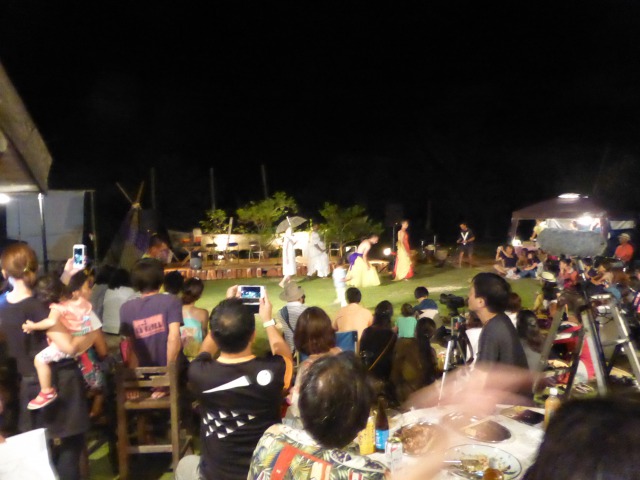